5 Ways to Know if You Have Internalized Racism

You might have heard the saying that goes, Racism is not innate, it is taught and learned. Internalized racism can form a role in one’s upbringing whether that is through an environment, being raised in conservative households or family members that have immigrated from other countries where stereotypes regarding certain nationalities, religions, and skin colours exist.

These views and stereotypes we observe can determine how we react towards those who identify within those communities, and this is usually taught by our parents, communities, and mainstream media.

Just to quickly recap, a stereotype is a widely held but fixed image of a certain person or thing. Racism is defined as “prejudice, discrimination, or antagonism directed against a person or people on the basis of their membership in a particular racial or ethnic group”. The two things that everyone should know is that on some level stereotypes, and racism are connected and intertwined. The second thing is that racism is almost always taught, and learned from those closest to us and generations that are older than us. This can lead many of us to have internalized racism or prejudice against a certain group of people or communities that we may not even know.

Today we will discuss the 5 ways to know if you may have internalized racism. Since this is such an important topic, it is important to educate ourselves on it.

Treating a certain race better than another race

To start off, if you ever gave certain groups of people better treatment as opposed to certain minority groups, there most definitely is a lingering of internalized racism that you might need to address. Sometimes, it can happen on its own, for example, we may favor someone with a lighter skin tone without knowing that’s the reason we’re actually favoring them.

Make sure you keep an eye out for when this happens because the key thing that needs to be understood here is that everyone is equal, and needs to be treated fairly, and with respect.

Since we all know by now that racism is not something that is within individuals, it is something that is taught. With that being said, if your family members told you growing up to not have any Asian friends or Black friends and if you have not addressed the issue behind that, there might be a problem.

It is important to understand that as we age, we see the silver lining between our upbringing teachings and understand what is right and wrong by ourselves.

Using Racist terms when that race is not around

This is a major give-in and goes hand in hand with respect. Too often we notice that racist terms and stereotypes are learned due to surroundings, environment, and social media. If you gain information that would be disrespectful, then keep it to yourself and don’t spread it further. This all falls back on how much respect you have for others and yourself because when you are a racist person, you lack respect for certain races.

If you are using provocative, racist terms in front of your friends or family then there is an issue. Non-judgemental racist people do not use the N-word or call Muslims terrorists in front of their family and friends. But instead, they act with respect, and love and understand that it is the stereotypes that form such opinions on minority groups.

Not helping the minority

If you hear certain stories on the news of a black man being shot or a girl whose hijab was taken off and it doesn’t give you an unsettling feeling or you feel no remorse, it might be because you have internalized racism.

If you feel as if you have no obligation to help individuals in need, and feel a lack of remorse for minority populations then there might be an issue that needs to be taken care of. At times this can, later on, be heightened when racist individuals don’t see their privilege and start playing their own sympathy card.

Living in denial when internalized racism is common

This is a fairly simple one, but if you are simply living in denial that you are not racist, and others around you see skeptical forms of behavior then it might be a good time to address an issue. It’s also understandable no one likes confrontation and is told on the spot, but it’s better to discuss such issues so you as a person can be on the growth to self-betterment.

Sometimes individuals have no insight into their own prejudices, and racism because they think it is true, but once you sit yourself down and address the issue of failing to understand the issue behind the race, you will find yourself in a much better learning stage. The best thing to do is educating yourself on a topic you are unfamiliar with. 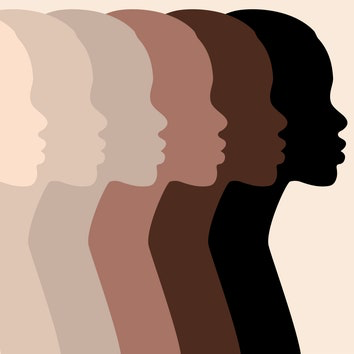 Be the change you wish to see, stop internalized racism

If we are all on the same track when it comes to racism, we also need to remember to show a representation of all skin colours. It is important to showcase various different individuals in the media, in movies, in magazines, and showcase more diversity in the workplace.

Individuals should also start conversations with their families, friends, and communities. It is important to understand you can be Arab and still have racial privilege compared to other races. If we all work together and start important conversations we can end change perspectives, views, and existing racism.

If you have recalled or said yes to even one of these things, you might have some internalized racism that you might need to evaluate or speak up against. It is not your fault, most of the time it is the way we were raised, and the media’s fault for spreading hatred, and false perceptions about certain people in society.

The one thing we have control over is our mind, and we have the ability to seek what is right and wrong. The wrong is racism, and if you are able to understand that about yourself, you are already one step ahead of the game. Hopefully, this quick guide gave you a reminder and a better understanding of the change we can bring.

Leave a comment Cancel
Comments to: 5 Ways to Know if You Have Internalized Racism
Cancel reply

Un-Dragging The Stereotypes: The Journey of An Arab Drag Queen | Halal Bae

Healthy Relationships & Toxic Friendships to Watch Out For l Zeyne

Welcome to Yalla! Let's Talk.
Brief and amiable onboarding is the first thing a new user sees in the theme.
Read Smart, Save Time
Pick all the topics you are interested in to fill your homepage with stories you'll love.
Dating and Relationships